Pork stuffed cucumbers is one of the dishes that I know very well as I always make it.  All the cooking steps are pretty much in my head.  Every time when I make this dish, I don't need to have a recipe in front of me.  Since I want to show you how I prepare it, I wrote down every step so that you can follow if you are interested.  For a Western style, this dish can be served with pasta sauce.   For an Asian style, the pasta sauce can be replaced by the oyster sauce gravy.  A bread crumb coating can prevent the meat from sticking to the pan when pan frying, and cucumbers from becoming soggy.  I didn't make the pasta sauce from scratch.  I just bought it instead. 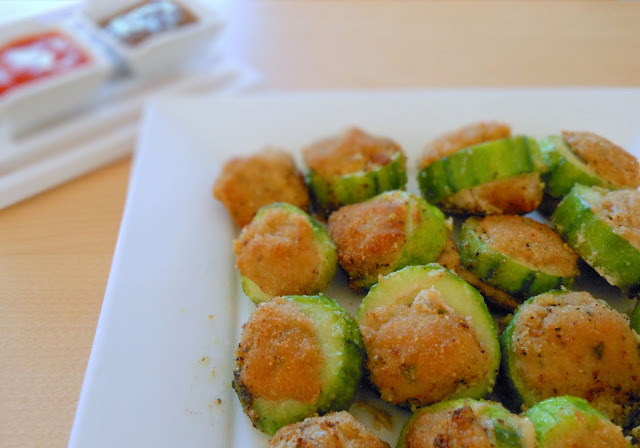 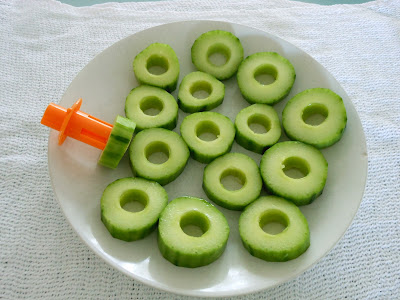 I use this tiny juice squeezer to cut out the center 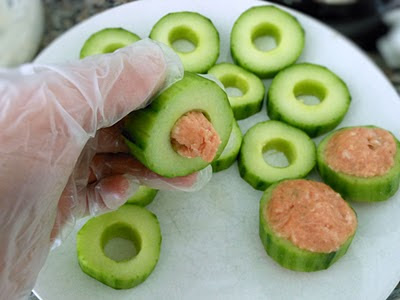 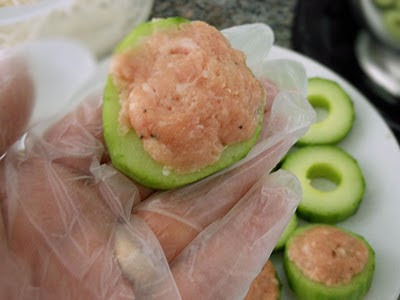 Done with the stuffing step 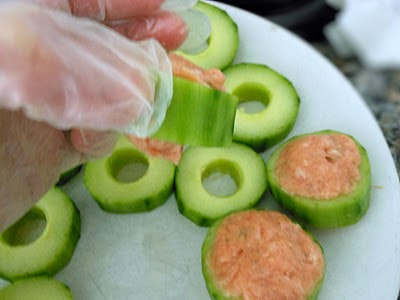 Pork mixture covers the surfaces on both sides 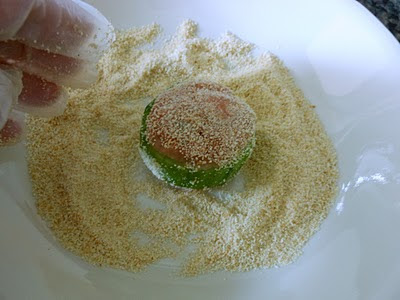 Drop the stuffed-cucumber into the bread crumbs 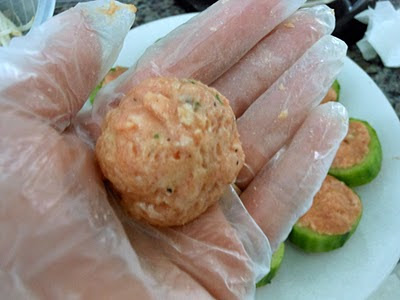 I use the remaining pork mixture to make some meatballs.
I don't like to touch raw meat with my bare hands.  I always wear
disposable gloves when I handle raw meat.

Oyster sauce gravy
Put all the ingredients in a small saucepan and mix well.  Cook over medium heat until thickened. Remove from heat and serve.

Posted by whealthyhouse.com at 5:35 PM