Shrimp-stuffed peppers is one of the dim sum dishes served in some Chinese restaurants.   Green pepper is the most commonly used bell pepper.  In my recipe, a bell pepper is cut into eight pieces.  The easiest way to do this is to trim off 1/4"  of the top, pull out the seeds and clean the inside. Then cut the bell pepper into quarters lengthwise and cut each quarter piece in half crosswise. Using a green pepper like the restaurants makes this dish look so ordinary, so I go with orange, yellow and red bell peppers.  With all these bright colors on a white plate, it sure makes the bell peppers stand out.  Since I only need eight pieces,  I save the remaining pieces of the bell peppers for other uses.

You can serve this dish as an appetizer. 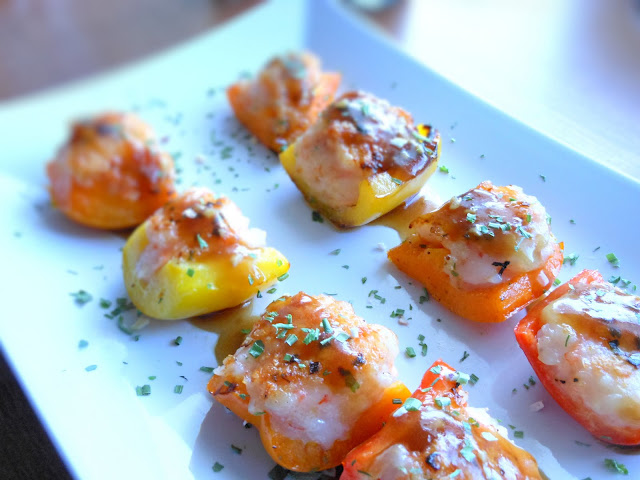 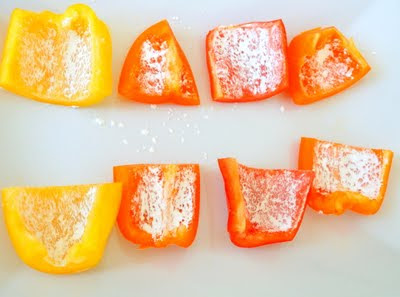 A thin layer of corn starch inside the peppers 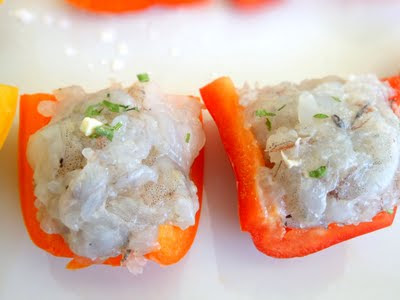 Shrimp paste on the peppers

Posted by whealthyhouse.com at 9:40 AM