Making bread is not easy, even though you think you have followed every single step of what the recipe said. For me, I have spent an awful lot of time practicing.  I can't count how many times that I have failed.  The most common mistake I usually make is the 'yeast' step. Sometimes the yeast is over-risen, or sometimes the yeast is not active.  So this is always a tricky step.  Recently, my husband bought me a KitchenAid stand mixer. It is a very useful machine, especially in kneading and mixing.  I have been using it a lot in the kitchen.
I seldom buy bread as I always bake the bread myself.  I am full of confidence now.  Yesterday, I thought of making some buns with apple sauce.  I had never tried this recipe before.  Since it is apple harvest season right now, why not make use of the apples.   I was happy that the buns came out very moist.  The only disappointment was that the apple flavor was a bit weak.  Even so, I didn't think it was a worthless idea as the apple sauce would still give us nutrients.  I was planning to bake all the buns in single cups.  Unfortunately, I didn't have enough cups, so I had to bake the rest in muffin cups instead.   I love using cute single cups.  The buns always look so elegant when they are served with the cups.  In this recipe, I tried to minimize the steps so that it would be easy to follow. 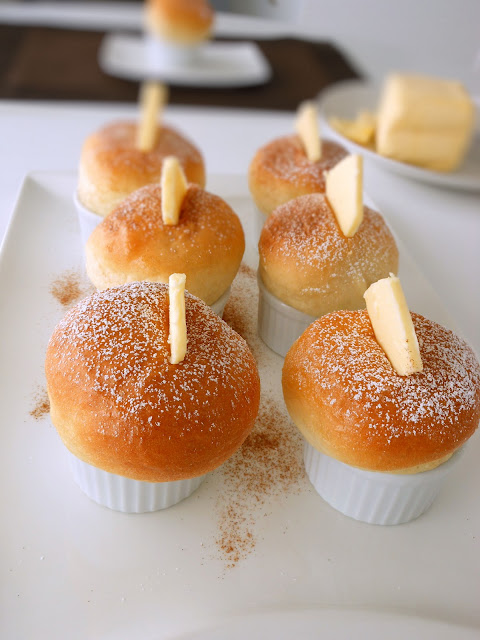 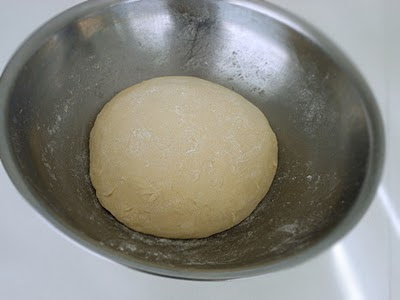 Done Kneading.  Waiting for the dough to rise. 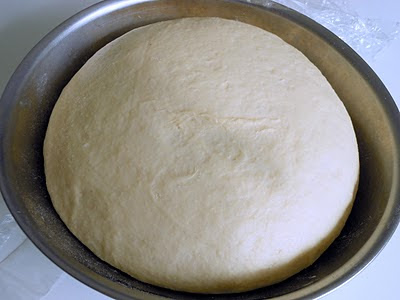 The dough has doubled in bulk.
Directions
Directions for syrup
In a microwavable bowl, mix the ingredients and microwave for 30 seconds.  Set aside.

Posted by whealthyhouse.com at 2:38 PM